Search for the Hero

Author – Paulina Howfield, Copyright, 1997 for Sedona Magazine.
This Article cannot be reproduced in any part without permission from the Author

How many of us are prepared to lose all that we have for what we truly believe in? To be the hero to the messages of our soul, push forward against sometimes insurmountable odds and keep dreaming that impossible dream no matter what risk or cost to ourself?

I am honoured to know a man who has recently moved forward through insurmountable odds while keeping his dream alive. His name is Ken Colbung, an aboriginal Elder of the Noongar tribe in Western Australia. I have mentioned him before and his quest to retrieve the bones of his ancestors from an incorrect unceremonial entombment in north England. Since I shared his ‘mission of permission’ a few months back, Ken has returned to Australia, flown back to England within the week, and returned again to Australia. 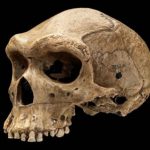 After three months in the UK spent discussing and debating whether he could ceremonially release the bones, Ken was told this was not about to happen and probably never would and he should return to Australia. Within days of his return however the authorities in Britain exhumed his relative’s bones and he was contacted to say he should travel back to England to pick them up. When talking with him on the phone he told me that although he was saddened by the actions of the British bureaucracy he was also honoured to cradle the bones of his ancestor on his lap and carry them home to their place of eternal rest.

As he returned to England to recover the bones, Princess Diana died in Paris, and an Aboriginal Elder in Australia marked the significance of Diana’s death in relation to the exhumation of the bones and the prophecies of Aboriginal cultures.

As a result Ken returned to Australia to find the head cut off a statue of his ancestor in retaliation for the story about the connection with Diana. His ancestor was considered to be a blaggard and scoundrel who murdered white people without thinking twice.

As a result of the three return journeys to the UK and the high fees he had to pay, Ken is now bankrupt. His home and possessions have been seized by the creditors, and his reputation within the white man’s political arena is in tatters.

Yet he smiles for he is happy. He knows that when his time comes to be laid to rest he has achieved his quest. At least this part of his mission in life is complete. He also recognises that he is not alone in this quest both within his culture and within the ancestry of the Americas, for there are others who are reaching out to bring the bones of their relative’s home.

Since his pilgrimage, the ancestors of Long Wolf, a Sioux Indian who died in Britain 121 years ago, retrieved his bones. Their bureaucratic process lasted four years, not twelve, but now Long Wolf’s remains are buried, via a combined Christian and Indian ceremony, at the Pine Ridge Reservation at Wounded Knee.

Heroic Dreams and the Quest to Make a Difference 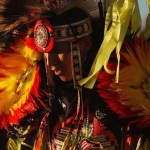 Our dreams whether small or large can keep us going through insurmountable odds. They can also mean we will risk all to follow through with what we believe in, and in Ken’s place risk house and home.

Since the immortalised words of John F. Kennedy and Martin Luther King, Americans have chased the dream, pursued the impossible and aimed for the insurmountable. But how many of us, anywhere in the world, can truly say we have strived at risk of great personal loss, to bear with an unbearable sorrow, or stand where no man, woman or child has stood, and walk proudly in the face of our beliefs.

Each culture has heroes and heroines – those men, women, and children who have become icons of courage, stamina, compassion, wisdom, strength, truth and victory. But what of those within our culture who are the quiet heroes/heroines who continue to walk the path of the untrodden, to lead us forward without mass recognition or respect, to reach those seemingly unattainable stars. Heroes that make a difference in our lives, and we don’t know it, or recognise it. Like a small pebble in the very big waterfall their presence or absence can make a mountain into a canyon, a river into a stream and yet we are often unable to grasp the deeper significance of their action.

One of our greatest human needs is that of recognition. To be appreciated, seen, loved and respected for who we are. As in the passing of Diana it is often after a life is over that we choose to see the hero in another, to recognise their specialness, uniqueness and personal contribution. And yet we can see with Ken and so many others, people who quietly without fanfare, reach impossible ideals and fulfil extraordinary dreams. They live their life prepared to lose all that they have for what they truly believe in. They don’t receive recognition and they don’t expect it. Yet like the character in the movie ‘It’s a Wonderful Life’, without their presence in this world, our lives would have less shape, less beauty, less joy and less significance.

3 Responses to ‘Search for the Hero’ – ‘London Calling’ Article