Object out of time

This Baghdad Battery is an Object Out of Time

This is yet another example of an object out of time – an object or device that  does not fit into the purported history of this planet and the skill development of our species in particular eras.

Many of these devices have been found across the planet. Some by archaeologists and scientist, others by people who were simply digging in the earth or climbing in caves and found something unusual.

The Nebra Sky disc that I have mentioned in other posts is another such object out of time that display that our ancestors – or some other species that lived here – had a profound understanding of the celestial bodies and  and charted their movements across the sky.

The Baghdad battery is over 2,000 years old and was found in Iraq in 1938. Replicas that have been made can generate more than one volt of electricity, yet they were produced at a time when according to history – electricity was still unknown.  They are composed of clay jars with asphalt stoppers. Iron rods stick through the stoppers and are surrounded by copper. The jars were filled with vinegar or wine or some other acidic substance, as shown by corrosion of the interior. Vinegar or any other electrolytic solution could have helped the device produce electricity. 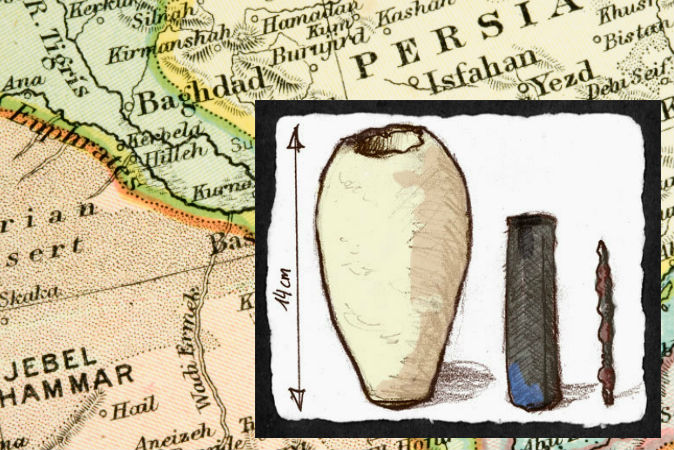 Baghdad battery – an object out of time