The LIONS GATE Power Portal has just re-opened. It is filling our planetary energy grid, our human hearts and our subtle bodies with encoded Light frequencies. 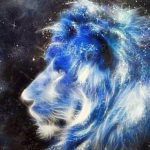 These Light encoded frequencies help us engage with and experience the Evolutionary Cycles of the Earth and the Cosmos and were celebrated in ritual and ceremony by the early Egyptians. The energy that enters the Stargate (Lions Gate Power Portal) comes from the Source of All That Is at the Central SUN. It then passes through our Sun and Sirius, and enters the Earth Grid Point near the Sphinx and Great Pyramid at Giza. This makes it a bit of a WOW! energy as it connects us to the ancient wisdom of Egypt, the frequencies of the Cosmic Halls under the Sphinx, as well as the mysteries of Cosmic Consciousness.

Now is the time to connect with the light encoded frequencies of the Lions Gate Portal. It’s also a powerful time to meditate and attune to the Cheops Pyramid and the Sphinx and focus on re-calibrating your divine blueprint for higher levels of consciousness.

The Energy from Sirius also Connects us to the Lion People 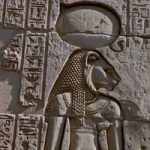 While the energy frequency and wisdom of these beings is reflected in the name of the Power Portal, it is also embodied in the statuettes and sculptures of Sekhmet throughout Egypt. Sekhmet is one of the oldest known Egyptian Goddesses. Depicted as a lion headed woman, often with a Sun disc on her head, her name is derived from the Egyptian word ‘Sekhem’ which means ‘power’ or ‘might’. So she has become known as ‘She who is Powerful’. She was associated with the Goddesses who were given the title ‘Eye of Ra’ which connects back to following and preserving Ma’at – justice or balance – which is very significant to the state of our species at this time, as we cleanse our collective and individual ‘shadow’ – the unacknowledged aspects of our behaviour and thinking patterns that have separated us from sacred law, justice and balance. Sekhmet’s energy also helps us re-connect the power and frequency of the Divine Feminine – also important to our ascension process and connection to the Earth frequencies.